All Collections
Getting Started with Solink
Installation -- Installation
How to identify what type of cameras you have.

How to identify what type of cameras you have.

Not sure if you have Analog or IP cameras? Check out this article to see examples and learn the important differences between them.

Written by Joe Thibault
Updated over a week ago

While the differences between the two technologies is great, telling these cameras apart can be difficult if you don't know what to look for. The best way to distinguish between the two camera types is to look at how they connect to your existing DVR.

This type of camera has a cable for each camera with a plug that looks similar to the image below.

Each of these cables will be plugged directly into the back of your DVR and might look similar to the image below.

In some cases, the analog cables will be combined together using a "pigtail" connector similar to the image below. 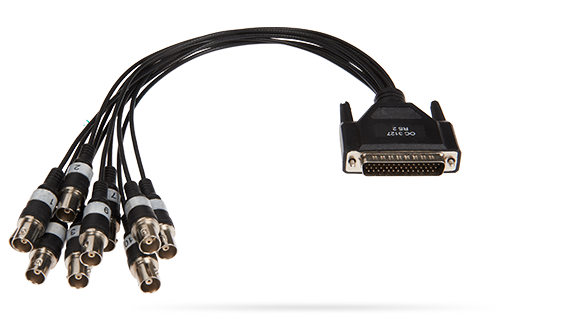 These cameras use a standard ethernet cable which has a square plug with a plastic clip to secure the cable. See the below image for an example.

Each camera is plugged into a PoE switch which provides power to the cameras and concentrates all camera feeds into a single output. That output connects the POE switch to the DVR. See image below for an example.

If you are still unsure which type of cameras you have, feel free to send us a picture of your current camera setup and we will gladly help you out!

Did this answer your question?